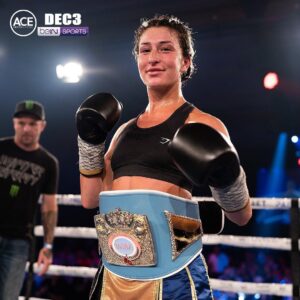 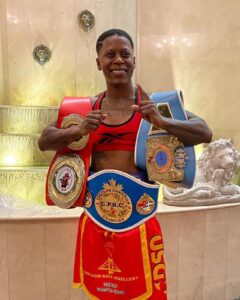 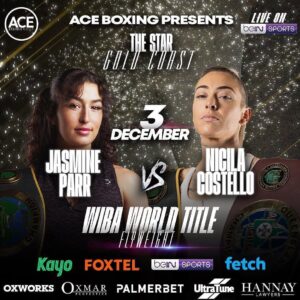 WIBA Youth Titles can be 6 or 8 rounds. Rounds are 2 minutes in length, with a one minute rest

period between rounds. (3 minute rounds are ok if both camps agree to it)

whereas if the fighter who makes weight wins, then she is recognised as champion.

5.0 All Promoters must be licensed according to the requirements of the local Commission of which the contest is taking place.

5.1 When a Promoter arranges any Championship bout or eliminating bout for a Championship to be fought under Championship conditions, he/she must receive written permission of the WIBA.

5.2 Managers and Promoters shall negotiate all purse offers.

5.3 If more then 1 promoter wishes to promote a fight for a vacant WIBA title, they must go to bids and the promoter who offers the highest purse money will get the fight.

5.4 If requested by the WIBA, the Promoter will disclose in writing, the Amount of Purse paid to any boxer, and/or detailed financial accountings for any contest they promote under the auspices of the WIBA.

5.7 Boxers who have contracted with a Promoter for an upcoming Contest may not accept another bout within 30 days prior to that contest, unless agreed to by the Promoter.

5.9 The Promoter is responsible for the purchase of the WIBA Championship Belt. When a championship changes hands, it is the promoters responsibility to purchase a belt for the newly crowned champion. Only the winner of the contest can obtain the belt.

5.10 The Promoter is to provide and pay for all hotel accommodations and travel arrangements for the representatives of the WIBA.

5.11 The Promoter is responsible for any and all legal fees in the collection of any monies owed to the WIBA by the promoter.

5.12 All WIBA sanction fees are non-refundable. In case of an event being cancelled, a sanction fee that has been paid by the promoter, can be carried over to a later event within 6 months of the original event date.