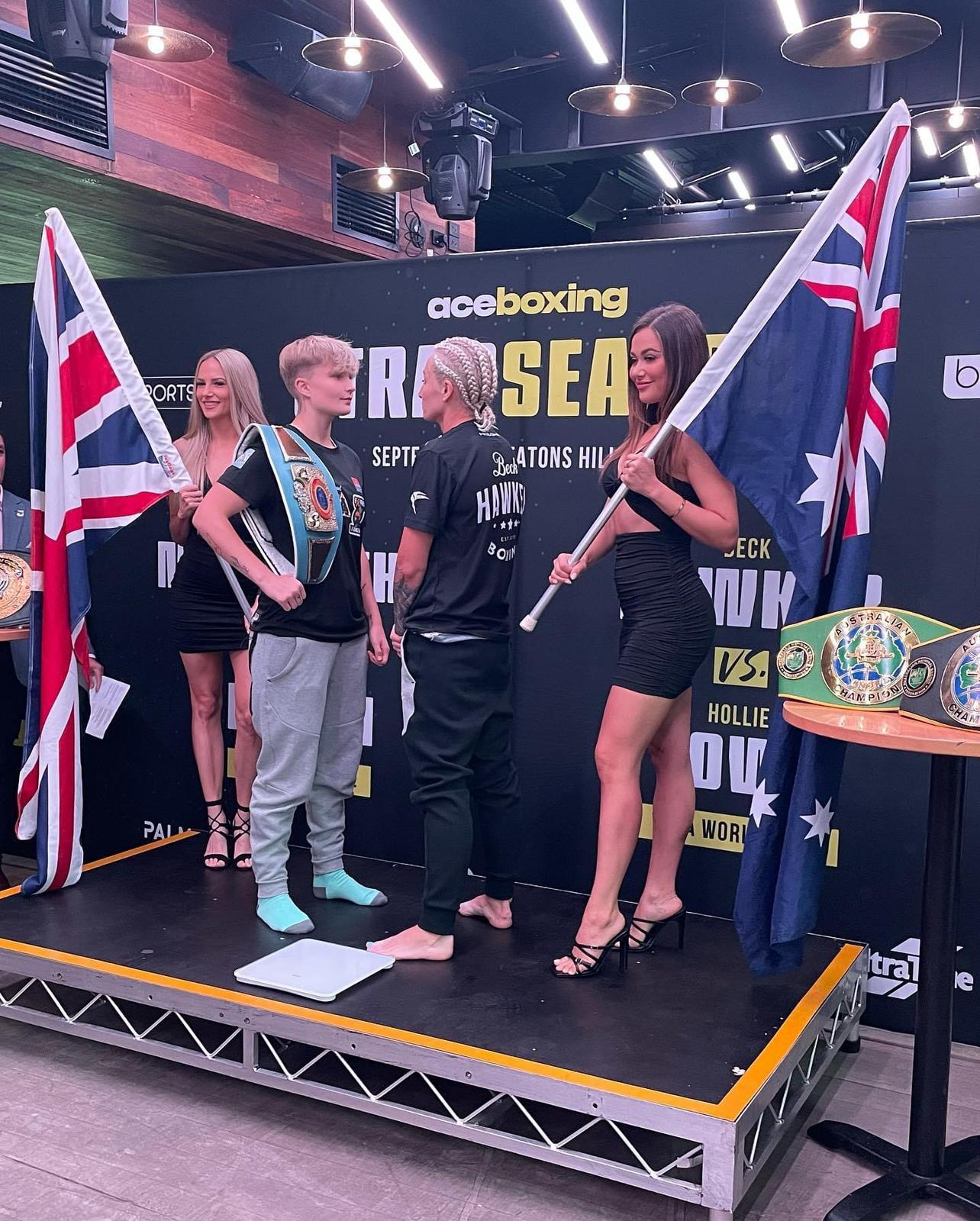 Hollie Towl from the UK weighed 56. 6kg, and is set to defend her title against Hawker from Australia who weighed 57 kg.

The current WIBA World Featherweight champion Towl hopes to defend her title in this much anticipated championship as launched pad for her to contend for more laurels in her career.

The WIBA President Ryan Wissow, and the WIBA executives and the entire team wishes both fighters the best of luck.